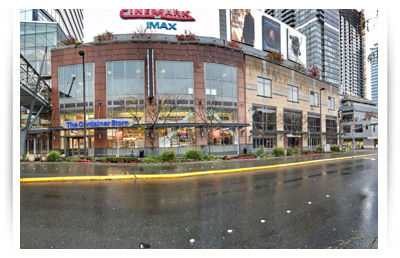 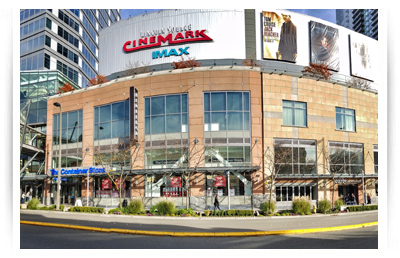 Bellevue: Clean, Green and Proud of it
Bellevue – rightfully – prides itself on being an unusually clean city, from the streets to the streams. Numerous streams, lakes, and wetlands in the area are termed critical areas and are protected from development. They comprise a natural part of Bellevue’s drainage system. The city has more than 60 miles of streams populated by chinook, coho, sockeye, steelhead, cutthroat trout, waterfowl, and other wildlife. Phantom Lake, Lake Bellevue, and Larsen Lake also provide habitat for fish and wildlife in Bellevue. The city has more than 800 acres of wetlands within its borders. These wetlands slow down stormwater runoff, preventing flooding and erosion.

In order to keep these waters free of pollution, Bellevue enforces penalties for doing so. Bellevue manages stormwater runoff in a variety of ways, following Best Management Practices (BMPs). The city also operates under a federally required permit called the National Pollutant Discharge Elimination System Phase II Municipal Stormwater Permit. Issues by the Department of Ecology, the NPDES permit is intended to keep pollution from running into the city’s waterways when it rains. When it rains, the water picks up pollutants like fertilizer, oil, heavy metals, and solvents and then runs into the streams and lakes. This pollution harms and kills fish and wildlife and makes the water less safe for human use.

A regional campaign called”Puget Sound Starts Here” was designed to educate the public so that everyone understands that pollution from their home or shop or commercial business becomes part of the greater ecosystem during rainfall. For commercial businesses, that involves regular industrial sweeping and/or commercial pressure washing. These methods provide for the pick-up and disposal of zinc and other heavy metals, oil, solvents, gasoline, and more. An environmentally sound wash stops pollution at its source – and is required by law. Some municipalities ignore this or do a poor job of enforcement, but Bellevue is effective at enforcing environmental laws.


The federal Clean Water Act only requires that pollution not be discharged into the waters of the U.S. without an NDPES permit.


Stormwater management is a recent development in the environmental movement

Stormwater management is a recent development in the environmental movement – the city formed the Bellevue Storm and Surface Water Utility in 1974. It was the first fully operational stormwater utility in the country. The goal was to provide for control of stormwater and to reduce flooding, erosion, and property damage while preventing the deterioration of water quality. The many streams, lakes, and wetlands in Bellevue are integral parts of the stormwater system. Since then, Bellevue has remained on the cutting edge of environmental protection. In 1977, 1981, 1988, and 2008, voters approved parks bond measures that provided for city purchase of open space and natural areas. In 1979, the Bellevue city council adopted the Drainage Master Plan, a city wide assessment of flows and potential flooding concerns with a phased approach to capital projects.


In 1984, the original Storm and Surface Water Utility Phase 1 was completed.

In 1984, the original Storm and Surface Water Utility Phase 1 was completed. Bellevue acquired significant wetland areas and constructed additional stream flow storage to remediate runoff. In 1984 and 1995, the city participated in a national urban runoff program and then conducted a second monitoring assessment to detect changes. From this, Bellevue was able to provide a scientific characterization of pollutant levels running off urban development areas and to identify target pollutants for both education and remediation.


Bellevue established its first Sensitive Areas regulations in 1987 and approved a Regional Needs Assessment in 1995.

And in 2007, Bellevue was issued its NDPES permit. These events all provided growing protection for bodies of water and wildlife. Within a given municipality, all businesses are all required to follow at least as strict environmental laws as are mandated by the federal government. The state and or the municipality may then set and enforce more rigorous standards. Historically, Bellevue has been ahead of the curve when it comes to the environment. This is apparent whenever you travel the city – it is cleaner and greener than most cities.